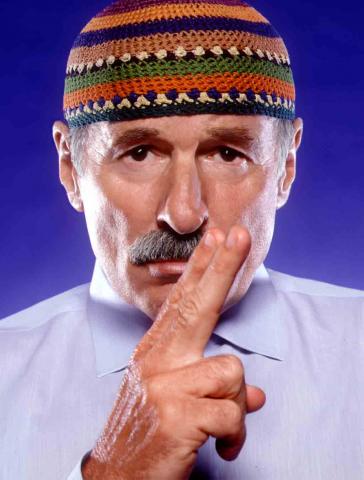 I'm saddened to hear of the passing of Joe Zawinul. He was a musical hero of mine for a very long time. I heard "Mysterious Traveler" in college, and that grabbed me so hard - in the sense of opening one's mind to the possibilities of mixing up ALL kinds of music - and in the process creating something new that was still strongly rooted to the continuum of music. Cannonball Adderly often made reference to Joe's worldliness and interest in bridging all of the cultures that he encountered in his travels, and now it seems so clear that he was light years ahead of us in seeing the unifying power of music, and had the courage and tenacity to put his vision forth for a very long time, much to the world's betterment.

As a young musician, I always looked forward to the release of a new Weather Report album. The rapport that Zawinul and Wayne Shorter had was so beautiful, so magical and so essential, that the constant rotation of musicians around them didn't matter much. THEY were the band, as far as I was concerned. Their duets were always some of my favorite moments in Weather Report. They had things pared down to the bare minimum, musically speaking, and still always managed to sound like an orchestra. And there would always be some magical thing on those records that made you say "what was THAT?" The beautiful ringing sonorities on "Milky Way", Miroslav Vitous' keening upper register arco bass on "Orange Lady", synth tones that sounded like some obscure ethnic instrument not yet invented, solos that were compositions, compositions that were solos. A lot of that music was born out of improvisation, which always kept it in the spirit of jazz, if not exactly the vernacular of it.

Joe always managed to find wonderful musicians from across the globe to play in his groups. One moment that comes to mind was the time I heard the drummer Paco Sery play a kalimba solo intro to a song with the Zawinul Syndicate at the North Sea Jazz Festival. It was one of the most intense moments I've ever heard in music. His articulation with his thumbs was unreal, the muscles in his arms standing out from the effort, and at times he made that kalimba sound like a harp playing glissandos. Percussionist Arto Tuncboyaciyan is another magical player from the Syndicate that I had the privilege of working with while recording Jay Anderson's second album. He would construct his own instruments, make up his own languages to chant in a song, in other words he'd immerse himself entirely into the musical situations he found himself in and would give everything of himself to it. Alphonso Johnson is another musician who attributes a lot of his open mindedness about music to Zawinul. He told me Joe didn't give a lot of musical direction all of the time, and was really wanting to hear what YOU had to bring to the table. Alphonso may have been my favorite bassist with Weather Report, and when the box set of unreleased stuff came out a few years ago I fell out over some "Black Market" era stuff with him and Chester Thompson. I phoned him to tell him how much I was digging it, and he said Chester had just called him about the same thing, having not heard it since it was recorded!

It's always tough to realize that your heroes have feet of clay, and I found that out when I went to hear Joe play a solo concert at Carnegie Hall in the 80's after Weather Report broke up. I really wanted to enjoy that show, but I left after about 6 songs. And I wasn't the first one out the door. "Wait, the concert isn't over" he pleaded to the exiting crowd after only a couple of pieces. But we're all human, and the reality of that is that it was just one concert in a lifetime of them.

Joe always had an air of intensity in the photos I would see of him, and I recall a story Peter Erskine told about him practicing that intense stare in the mirror. Pretty amusing stuff in retrospect. But for all of that, he was still an approachable guy, not stand-offish at all. I had the opportunity to chat with him at the San Antonio Airport a few years ago after a concert that the Syndicate opened for George Benson and found him to be an incredibly passionate man - on any subject ! I took away a few notions from that conversation that are still with me.

I know we all have to leave this mortal coil at some point, but Joe Zawinul seemed like one of those guys that was always going to be around, always searching for a new sound for us to hear. The music will live on, though. And the torch has been passed to a new generation of sonic seekers to do with what they will.